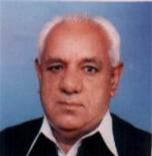 Ch Mumtaz Ahmad Jajja son of Ch Muhammad Sadiq (late) was born on June 15, 1948 at Tehsil Yazman, District Bahawalpur. He graduated in 2003 from Zakariya University, Multan. He served as Member, Zila Council, Bahwalpur for two terms during 1979-83, 1983-87; as Chairman Markaz Council Derawar, District Bahawalpur during 1979-83; as Vice Chairman, Cholistan Wool Co-operative Society Bahawalpur; as Chief Games Warden, Punjab, as District President during 2002-09. An agriculturist, who served as Member, National Assembly during 1985-88 and has been elected as Member, Provincial Assembly of the Punjab in general elections 2008 and is functioning as Parliamentary Secretary for Education.