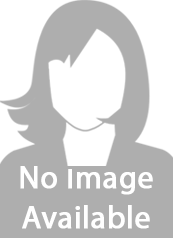 Syeda Bushra Nawaz Gardezi comes of a renowned Gardezi family of Bahawalpur. She received her early education from Convent School, Bahawalpur and graduated from Lahore College for Women, Lahore. She served as Member, Provincial Assembly of the Punjab during 2002-07; served as Parliamentary Secretary for Home during 2003-07 and has returned to Punjab Assembly for the second consecutive term. She has also been functioning as Member, Board of Governors, Child Protection and Welfare Bureau since 2004 and is a Member of Library Committee, Punjab Assembly. She has extensively travelled abroad including Singapore, India, UK, France, Italy, Belgium, Holland, Switzerland, Germany, Egypt, Hong Kong and Saudi Arabia. She also visited USA with a parliamentary delegation. Her great grandfather, S M Nawaz Gardezi served as Chief Minister, Bahawalpur State; her father, Syed Ahmed Nawaz Gardezi (late) served as Minister during 1954, 1956 and 1960; and as Member, Punjab Assembly during 1972-77; her brother, Syed Salman Ahmed Gardezi was a Member of Punjab Assembly during 1988-90 and 1990-93; her brother, Syed Irfan Ahmed Gardezi was a Member of Punjab Assembly during 1997-99; her brother-in law, Syed Tasneem Nawaz Gardezi was MNA/Federal Minister during 1985 and MNA during 2002-07; her brother-in-law, Makhdoom Syed Ahmed Mehmood is a sitting Member of Punjab Assembly from PP-292, her uncle, Makhdoom Syed Hamid Raza Gillani remained MNA, Senator and Ambassador of Kenya; and her cousin, Syed Yousaf Raza Gillani is the Prime Minister of Pakistan.