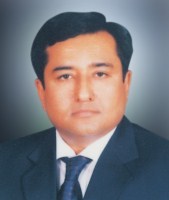 Sardar Aamir Talal Khan Gopang son of Mr Ashiq Hussain Khan was born in 1970. He served as Member, Provincial Assembly of the Punjab during 2008-13 and has returned to Punjab Assembly for the second consecutive term in general elections 2013 and is functioning as Parliamentary Secretary for Special Education. His father remained Member of Punjab Assembly for four terms during 1985-88, 1988-90, 1990-93 and 1997-99.