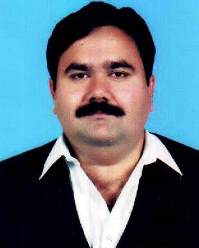 Rana Mehmood Ul Hassan son of Rana Noor-ul-Hassan was born on March 27, 1970 at Multan. He is a graduate. An agriculturist and a businessman, who remained Member, National Assembly for two consecutive terms during 2002-07 and 2008-13 and functioned as Chairman, Standing Committee on Ports & Shipping. He has been elected as Member, Provincial Assembly of the Punjab in bye-elections held on May 21, 2015 against the seat fell vacant due to disqualification of Mr Abdul Waheed Chaudhry. He has visited India, Thailand, Vietnam, UK, USA, France, Italy, Switzerland, Belgium, Germany, Holland, UAE and Japan. His father, served as Member Punjab Assembly for two consecutive terms during 1993-99; and his brother-in-law, Rana Tahir Shabbir is a sitting MPA from PP-203.