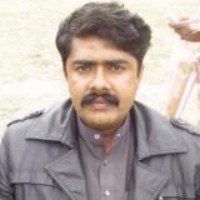 Mr Jafar Ali Hocha son of Mr Nazir Ahmed was born on September 9, 1979 at Faisalabad and graduated from Government Science College, Wahdat Road, Lahore. He served as Nazim, Union Council No.78 during 2004-08; and as Chairman, Market Committee Tandlianwala during 2009-13. An agriculturist, who has been elected as Member, Provincial Assembly of the Punjab in general elections 2013.