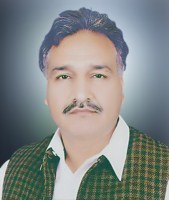 Mr Qaiser Iqbal Sindhu son of Mr Ghulam Mustafa was born on December31, 1960. He remained Member, Provincial Assembly of the Punjab during2008-13 and served as Chairman, Standing Committee on Social Welfare,Women Development & Bait-ul-Maal during 2010-13. He has returned to thePunjab Assembly for the second consecutive term in general elections 2013.