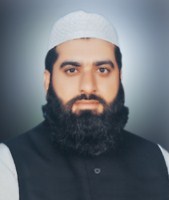 Haji Imran Zafar son of Haji Zafar Iqbal was born on November 10, 1973 at Gujrat and is an Intermediate. A businessman, who was Member, Provincial Assembly of the Punjab during 2010-13 and functioned as Parliamentary Secretary for Anti Corruption Establishment during 2012-13. He has returned to Punjab Assembly for the second consecutive term in general elections 2013. He has visited Saudi Arabia, UK, Norway, India, Germany, Italy and UAE. His uncle, Haji Nasir Mehmood remained Member, Punjab Assembly during 2008-10.