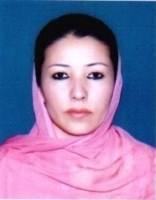 Ms Hameeda Waheed-ud-Din was born on January 4 and got her basic education in Japan. She obtained the degree of B.Sc in 1999 from Lahore College for Women, Lahore. She served as Nazim, Union Council No.4. She remained a Member, Provincial Assembly of the Punjab during 2002-07 and served as Parliamentary Secretary for Literacy & Non-Formal Basic Education from 2003-07. She has been elected as a Member, Punjab Assembly for the second term in general elections 2013 and is serving as Minister for Women Development.