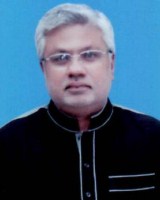 Syed Tariq Yaqoob Rizvi son of Syed Muhammad Yaqoob Shah was born on December 1, 1968 at Phalia. He graduated in 1988 from F.C College, Lahore. Being a retired Civil Servant, he served as Chief Officer and Deputy Director in Local Government & Community Development Department, Punjab during 1990-2004. He is the Sajjada Nasheen of “Pir of Phalias” Shrine. He has travelled to Saudi Arabia, Dubai, UAE, France, Italy, Europe, USA and Canada. His father, remained Member of Punjab Assembly during 1990-91 and functioned as Advisor to Chief Minister; his brother, Pir Binyamin Rizvi served as Member, Punjab Assembly during 1991-93 (functioned as Advisor to Chief Minister) and during 1997-99 (served as Minister for Social Welfare, Women Development and Bait-ul-Maal).