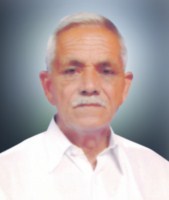 Rana Muhammad Iqbal Harna son of Rana Sardar Khan was born on January 1, 1937 at Sialkot. An agriculturist, who remained Member, Provincial Assembly of the Punjab during 2008-13 and has returned to the Punjab Assembly in general elections 2013 for the second consecutive term. His son, Rana Tariq Mehmood served as Member, Punjab Assembly during 2008; and as Nazim, District Council Sialkot during 2005-08.