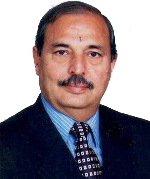 Mr Muhammad Akram son of Mr Ghulam Hussain was born on April 1, 1950 at Sialkot. He is a Matriculate. A businessman and an agriculturist, who remained Member of Punjab Assembly during 2012-13. He has been re-elected as Member, Provincial Assembly of the Punjab in general elections 2013. He has served as Member, Managing Committee, Federation of Pakistan Chambers of Commerce & Industry; as Member, Executive Committee Sialkot Chamber of Commerce & Industry; as Member, TEVTA District Sialkot; as Member, Labour Department Committee, Government of the Punjab; and as Member, District Bait-ul-Maal Committee Sialkot. He has extensively travelled abroad.