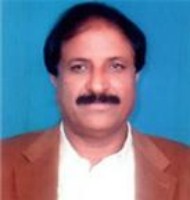 Mr Munawar Ahmed Gill son of Ch Rehmat Ali Gill was born on May 14, 1956 at Sialkot. He graduated in 2003 from University of the Punjab, Lahore. An agriculturist, who served as Member, District Council Sialkot during 1987-89; as Member of Punjab Assembly during 1997-99 and 2008-13 (functioned as Political Assistant to Chief Minister) and has returned to the Punjab Assembly for the third term in general elections 2013. He has travelled to Saudi Arabia, Norway, USA, Canada, Dubai, Sharjah and Denmark.