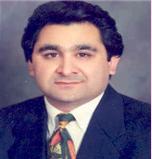 Mr Qasim Zia, son of Mian Zia-ud-Din, was born on August 7, 1961 in Lahore. He graduated in 2002. He is an Olympic gold medalist in field hockey and remained Member of Pakistan National Hockey Team during 1980-87. He has been elected Member Provincial Assembly of the Punjab in General Elections 2002 and is functioning as Leader of Opposition since December 19, 2002. He has extensively travelled abroad both as Member of National Hockey team and in his political capacity. His grand uncle, Mian Amirruddin, and his cousin, Khawaja Tariq Rahim, served as Governor Punjab. His grand father, Mian Aminuddin, was the first Mayor of Lahore. His uncle, Mian Salahuddin, remained MNA and Provincial Minister and his cousin, Mian Yousaf Salahuddin, served as Member Punjab Assembly.