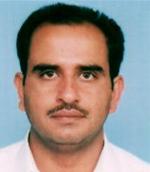 Mr Muhammad Kazim Ali Pirzada son of Mian Zafar Hussain Pirzada (late) was born on December 25, 1973 at Bahawalpur. He completed F.Sc. from Aitchison College, Lahore and graduated in Commerce from Punjab College of Commerce, Lahore. An agriculturist, who served as Tehsil Nazim, Khairpur, Tamiwali during 2001-05 and has been elected as Member, Provincial Assembly of the Punjab in general elections 2008. He has travelled to Norway, Syria and India. He belongs to a well known political family. His grandfather, Mian Bahadur Sultan served as Member, Provincial Assembly of West Pakistan during 1956-58, his maternal uncle, Mr Riaz Hussain Pirzada remained Member, Punjab Assembly during 1985-88; Member, National Assembly during 1993-97, 2002-07 and is a sitting MNA