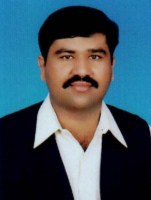 Mr Muhammad Aamir Iqbal Shah son of Mr Muhammad Iqbal Shah was born on November 15, 1978 at Lodhran; and graduated in 1997 from Bahauddin Zakariya University, Multan. An agriculturist, who served as Member, Provincial Assembly of the Punjab during 2002-07 and functioned as Parliamentary Secretary for Labour & Human Resources. He has been elected as Member Punjab Assembly for the second term in general elections 2013. He has visited Saudi Arabia and Dubai. His father, served as Tehsil Nazim during 2005-09.