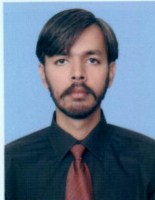 Peer Khizer Hayat Shah Khagga son of Peer Walayat Shah Khagga was born on October 11, 1984 at Sahiwal. He graduated in commerce in 2006 from University of the Punjab, Lahore. An agriculturist, who was Member, Provincial Assembly of the Punjab during 2011-13 and served as Chairman, Standing Committee on Agriculture. He has been re-elected as Member, Punjab Assembly in general elections 2013. His father served as Member, Provincial Assembly of the Punjab during 1988-90, 1993-96, 2002-07 (Parliamentary Secretary for Agriculture) and 2008-11.