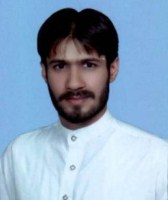 Mr Naeem Ullah Gill son of Ch Zaka Ullah Gill was born on January 1, 1985 at Faisalabad. He completed his ICS in 2002 from Punjab College, Faisalabad. He also remained a student of BSc (Hons) (Hotel Management) during 2003-05 in Inter College Larnaca, Greece, Cyprus. An agriculturist, who has been elected as Member, Provincial Assembly of the Punjab in general elections 2013. His borther, Saif Ullah Gill served as Nazim Union Council during 2005-09.