Consequent upon the advice of the Chief Minister, Punjab to the Governor of the Punjab under clause (1) of Article 112 of the Constitution of the Islamic Republic of Pakistan, Provincial Assembly of the Punjab stands dissolved on 14 January 2023 at 2210 hours at the expiration of forty-eight hours after the Chief Minister has so advised. 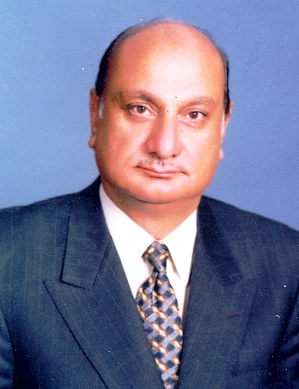 Mr Muhammad Basharat Raja son of Raja Lal Khan was born on August 11, 1951 at Rawalpindi. He obtained the degree of LL.B. in 1976 from University of the Punjab, Lahore. A practicing lawyer, who served as Chairman, District Council Rawalpindi from 1979 to 1987; and as a Member District Council Rawalpindi during 1987-90. He remained Member, Punjab Assembly during 1990-93, 1993-96, 1997-99 and 2003-07; functioned as Minister for Law & Parliamentary Affairs during 1997-99; as Minister for Local Government and Rural Development (additional charge of Law & Parliamentary Affairs) during 2003-07; and as Advisor to the Prime Minister of Pakistan on Industries with status of Federal Minister during 2012-13. He has been elected as Member, Provincial Assembly of the Punjab for the fifth term in General Elections 2018 and has served as Minister for Law & Parliamentary Affairs and Cooperatives. He also functioned as Minister for Local Government & Community Development and Social Welfare & Bait-ul-Maal during 2019-2020. He has attended various International Conferences held in USA, UK, Spain and Belgium. His father served as Member Punjab Legislative Assembly during 1951-55; and as Member Provincial Assembly of West Pakistan during 1956-58.