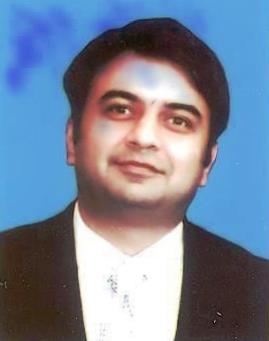 Mr Yassir Humayun son of Raja Humayun Sarfraz was born on December 28, 1972 at Faisalabad. He obtained his early education from Aitchison College, Lahore and did senior Cambridge from there in 1989. He obtained the degree of B.Sc (Computer and Information) from University of Florida, USA. A landlord, an educationist and a businessman, who has been elected as Member, Provincial Assembly of the Punjab in General Elections 2018. He served as Minister for Higher Education and Tourism during 2018-19 and is currently serving as Minister for Higher Education with an additional charge of Punjab Information & Technology Board. He has extensively travelled abroad including USA, UK, UAE, Saudi Arabia, Malaysia, European Union and Thailand etc. His grandfather, Raja Sarfraz Khan remained Member of Punjab Legislative Council during 1930-36; Punjab Legislative Assembly during 1937-47 for two consecutive terms; West Punjab Legislative Assembly during 1947-49; Punjab Legislative Assembly 1951-55; and Provincial Assembly of West Pakistan during 1956-58. His uncle Raja Sajjad Akbar was Member of Punjab Assembly during 1988-90; and another uncle, Raja Riaz Ahmad a sitting MNA, served as Member Punjab Assembly during 1993-96, 2002-07, 2008-13 and functioned as Senior Minister, holding the portfolio of Minister for Irrigation & Power during 2008-11 and Leader of the Opposition during 2011-13.