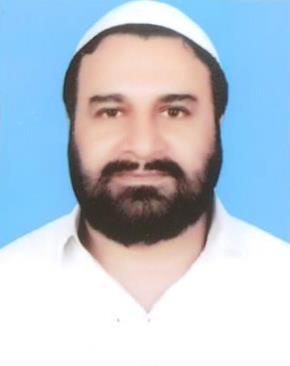 Syed Saeed-ul-Hassan son of Syed Irshad Hussain was born on October 1, 1961 in Lahore. He obtained the degree of M.A (Arabic) in 1986 from University of the Punjab, Lahore. He is Sajjada Nashin Peer of Morara Sharif. An agriculturist and a spiritual priest, who remained Member, Provincial Assembly of the Punjab during 2002-07 and served as Minister for Religious Affairs & Auqaf and has returned to the Punjab Assembly for the second term in General Elections 2018 and is serving as Minister for Auqaf & Religious Affairs. He visited China and UAE on religious tours. His brother, Syed Ijaz ul Hassan has been serving as Chairman Union Council No.12, Morara Sharif since 2017; and his another brother, Syed Mirsad Haider remained Nazim Union Council Morara Sharif during 2000-10.