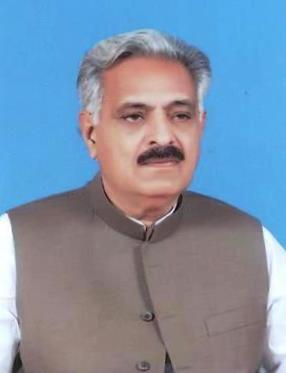 Ch Iftikhar Hussain son of Ch Abdur Rehman was born in 1957 at Shah Pur Sargodha and is a Matriculate. A landlord, who has been elected as Member, Provincial Assembly of the Punjab in General Elections 2018 and is functioning as Parliamentary Secretary for Population Welfare since 22 September, 2021. He remained Naib Tehsil Nazim, Tehsil Shah Pur during 2001-05; Member, District Council for three terms during 1987-99; and Chairman, Union Council Gondal during 1983-87. He has visited Saudi Arabia, USA, UK and France. His father, served as Chairman, Union Council Gondal for four years.