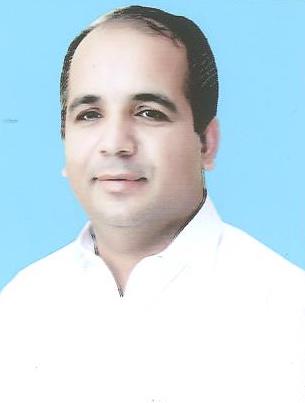 Mr Noor-ul-Amin Wattoo son of Mian Mohammad Amin Khan Wattoo was born on October 20, 1981 at Sahiwal. He obtained the degree of B.Sc(Hons) in Computer Sciences in 2005 from University of the Punjab, Lahore. An agriculturist, who has been elected as Member Provincial Assembly of the Punjab in General Elections 2018. He has travelled to Singapore, Malaysia, Thailand and Saudi Arabia. He comes from a family having seasoned and renowned parliamentarians. His uncle, Mian Muhammad Yasin Wattoo remained Member Provincial Assembly of West Pakistan during 1962-65, 1965-69 and functioned as Minister for Education, Basic Democracies, Local Government and Social Welfare during 1965-69. He remained Member National Assembly during 1985-88 (functioned as Minister for Finance), 1990-93 (Chairman Bait-ul-Maal) 1993-96, 1997-99 (functioned as Minister for Parliamentary Affairs). His another uncle, Mr Mohammad Moeen Wattoo remained Chairman, District Council Okara during 1998-99; Member of Punjab Assembly during 2008-13; and Member National Assembly during 2013-18 and is a sitting MNA.