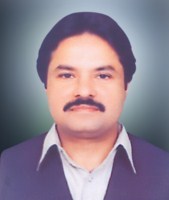 Mian Yawar Zaman son of Mian Muhammad Zaman was born on March 21, 1961 at Okara. He got his early education from Sadiq Public School, Bahawalpur and graduated in 1980 from Government College, Okara. An agriculturist, who remained Member Provincial Assembly of the Punjab during 2002-07, 2008-13 (functioned as Member of Public Accounts Committee); and 2013-16 (Minister for Irrigation) 2016-18 (Minister for Forest, Wildlife & Fisheries). He has returned to the Assembly for the fourth consecutive term in General Elections 2018. He has extensively travelled abroad. He belongs to a well-known political family. His grandfather, Mian Ghulam Muhammad was Member of Punjab Legislative Assembly during 1951-55; and his father was Member of National Assembly during 1985-88, 1990-93, 1997-99 and also functioned as Minister of State; as Federal Minister; and as Chairman, Federal Land Commission.