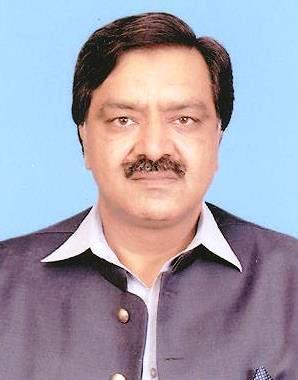 Mian Muhammad Farrukh Mumtaz Maneka son of Mian Muhammad Mumtaz Khan Maneka was born on December 14, 1965 at Pakpattan. He obtained the degree of LL.B. in 1988 from Punjab University Law College, Lahore. He served as Member, District Council Pakpattan during 1991-93 and 1998-99; and as Tehsil Nazim, Pakpattan during 2001-05. An agriculturist, who has been elected as Member Provincial Assembly of the Punjab in General Elections 2018. He has travelled to Thailand, Malaysia, Singapore and Saudi Arabia. His grandfather, Mian Muhammad Khuda Yar Khan remained Member, Punjab Legislative Assembly during 1951-55 and as Member, Provincial Assembly of West Pakistan during 1956-58. His uncle, Mian Atta Muhammad Khan Maneka remained Member National Assembly during 1989-90; and as Member Punjab Assembly during 2002-18 for three terms and functioned as Minister for Religious Affairs & Auqaf, Social Welfare & Bait-ul-Maal and Revenue.