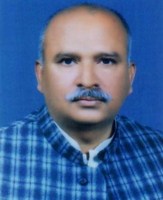 Mr Ahmad Shah Khagga son of Mr Muhammad Ubaid Ullah Shah was born on September 24, 1966 at Pakpattan. He passed Intermediate in 1986 from F.C College, Lahore. He has served as Member, District Council Pakpattan during 1998-99; and as Nazim, Union Council for two terms during 2000-08. An agriculturist, who remained Member, Provincial Assembly of the Punjab during 2013-18 and has returned to the Punjab Assembly for the second consecutive term in General Elections 2018 and has served as Parliamentary Secretary for Energy. His brother, Mr Muhammad Shah Khagga was Member of Punjab Assembly during 1985-88, 1988-90, 1990-93 and 1993-96 for four consecutive terms; and remained Member of National Assembly during 2002-07.