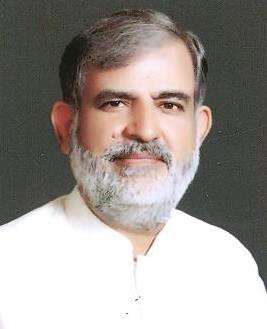 Mr Atta-ur-Rehman son of Mr Nazir Ahmed was born on January 1, 1962 at Jahanian, Khanewal. He is a Matriculate. He served as City Nazim, Jahanian for two terms during 2002-08; and as Chairman, Municipal Committee Jahanian during 2014-18. He was a founder President of Chamber of Commerce in 2008; and Vice-President of Federation of Pakistan Chambers of Commerce & Industry in 2016. A businessman, who has been elected as Member, Provincial Assembly of the Punjab in General Elections 2018. He has travelled to USA, UK, Japan, Australia, Malaysia, Saudi Arabia and Singapore. His brother, Ch. Iftikhar Nazir remained Member National Assembly during 2008-13, 2013-18 and is a sitting MNA.