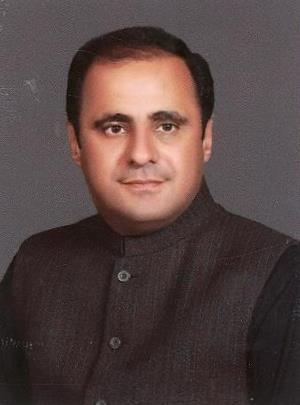 Nawabzada Waseem Khan Badozai son of Nawab Sarbuland Khan Badozai was born on January 1, 1976 at Multan. He obtained the degree of LL.B. (Hons) in 1999 and completed Diploma in Associate Programme of European Union Law in 2000 from University of East London (UEL), UK. Later, he has the honour to complete BVC-Barrister at Law in 2002 from Honorable Society of Lincoln’s Inn, England, UK. He served as an Honorary Lecturer during 2004-06 at Bahauddin Zakariya University, Multan. He remained Nazim Union Council, District Council Multan during 2005-08. An agriculturist and a Barrister, who has been elected as Member, Provincial Assembly of the Punjab in General Elections 2018. He has travelled to UK, USA, Australia and Europe.