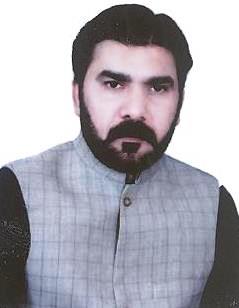 Mr Kashif Mehmood son of Sufi Khalid Mehmood was born on July 4, 1974 at Haroon Abad. He obtained the degree of BBA in 2003 from College of Professional Study, Islamabad. He was first elected in 2006 in bye-election on a seat vacated after the death of his uncle and remained as such till the completion of Assembly term in 2007 and functioned as Parliamentary Secretary for Law & Parliamentary Affairs during 2006-07. A businessman, who has returned to the Punjab Assembly for the second term in General Elections 2018. His uncle, Haji Tahir Mehmood remained Member Punjab Assembly during 1990-93 and functioned as Parliamentary Secretary for Livestock & Dairy Development; and 2002-06.