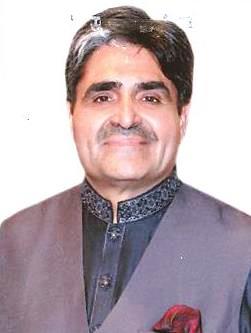 Chaudhry Mazhar Iqbal son of Chaudhry Abdul Ghafoor was born on August 15, 1961 at Bahawalnagar. He obtained the degree of MBBS in 1985 from King Edward Medical College, Lahore and completed MS Ortho in 1990 from Postgraduate Medical Institute, Government of the Punjab, Lahore. A doctor and an orthopaedic surgeon, trained in USA served as Medical Officer, Registrar, Senior Registrar and Assistant Professor in King Edward Medical College & Mayo Hospital, Lahore. He has the honour to be Executive Member, Joint Secretary, Vice President, Treasurer and General Secretary of Pakistan Orthopaedic Association. He has been elected as Member, Provincial Assembly of the Punjab in General Elections 2018. He has to his credit multiple publications/research papers. He has travelled to Spain, China, Switzerland, South Africa and Malaysia to participate in International Orthopaedic Conferences. He comes of a renowned political family. His father remained Chairman, District Council Bahawalnagar, Provincial Council of the Punjab during 1980-83 and functioned as Minister for Law, Education and Sports during 1983-84 of Provincial Council of the Punjab; as Member, Provincial Assembly of the Punjab during 1985-88 (functioned as Minister for Agriculture, Law & Parliamentary Affairs); as Member, National Assembly during 1988-90 (Deputy Leader of the Opposition); 1990-93 (Minister for Law & Justice); and 1997-99 (Chairman Prime Minister Inspection Commission). His brother, Ch. Zafar Iqbal served as Member, Provincial Assembly of the Punjab during 1990-93; Chairman District Council during 1997-99; Senator during 2003-09 and functioned as Chairman, Senate Standing Committee on Culture, Sports, Tourism.