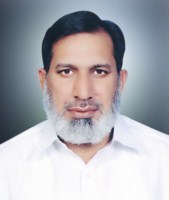 Dr Mohammad Afzal son of Mr Noor Mohammad was born on October 11, 1964 at Bahawalpur. He obtained the degree of MBBS in 1988 from Nishtar Medical College, Multan. He remained Member Provincial Assembly of the Punjab during 2002-07, 2008-13 and 2013-18; functioned as Parliamentary Secretary during 2006-07. A medical practitioner, who has been elected as Member Punjab Assembly for the fourth consecutive term in General Elections 2018 and is functioning  as Chairman, Standing Committee on Specialized Healthcare & Medical Education.