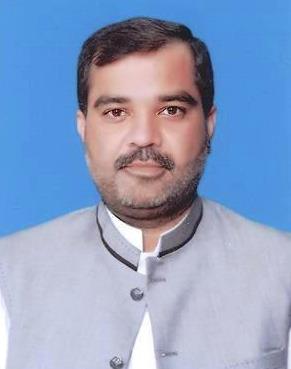 Sardar Ahmad Ali Khan Drishak was born on January 1, 1979 in one of the respectable families of Rajanpur District. His father, Sardar Nawazish Ali Khan being the Chief of Drishak tribe, took decision of moving to neighbour District, Dera Ghazi Khan in late 1980’s for the better health and education of his children, hence, Sardar Ahmad Ali Khan started his political career at the age of twenty five and became new Chief of Drishak Tribe after the death of his father. The young blood introduced a new style of politics in Dera Ghazi Khan District, where he had no family support because Dera Ghazi Khan was not his home district. He worked hard in the field of politics in Dera Ghazi Khan, where he had direct competition with two other local tribal chiefs. He became the Member of Punjab Assembly after winning bye-elections, held on August 22, 2013. An agriculturist, who has been elected as Member, Provincial Assembly of the Punjab for the second consecutive term in General Elections 2018 and is serving as Chairman, Punjab Land Records Authority; as Member, Public Accounts Committee; and as Member, CMIT. His paternal grandfather, Sardar Nasrullah Khan Drishak served as Member, Punjab Assembly successively for six terms during 1972-93 and 2013-18. He functioned as Minister for Irrigation & Power during 1972-77, Minister for Irrigation, Law & Parliamentary Affairs during 1988-90 and Minister for Planning & Development, Law & Parliamentary Affairs during 1990-93. He was also a Member of National Assembly during 1997-99, 2002-07 and is a sitting MNA.