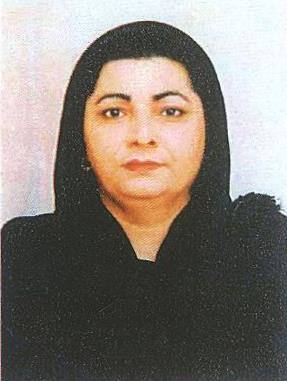 Ms Rashida Khanam wife of Mr Zahir Khan was born on August 18, 1953 in Lahore. She graduated from University of the Punjab, Lahore. A social worker, who has been elected as Member, Provincial Assembly of the Punjab in General Elections 2018 against one of the seats reserved for women. She belongs to a family of politicians and saints. Her father, Mr Altaf-ur-Rehman Khan was Chief Minister of Malir Kotla State of India before partition; and her grandfather was a well-known saint. Her uncle, Nawabzada Nasrullah Khan remained Member, Punjab Legislative Assembly during 1951-55 and Member National Assembly of Pakistan during 1962-64, 1977, 1988-90 and 1993-96. Her cousin, Nawabzada Mansoor Ahmed Khan served as Member, Provincial Assembly of the Punjab for four consecutive terms during 1988-99; and functioned as Minister for Revenue during 1993-96 and is a sitting MPA from PP-271.