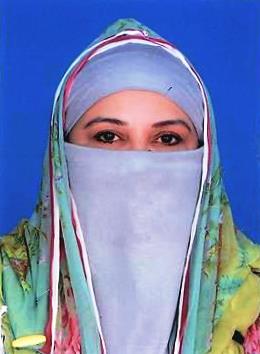 Member: Industries, Commerce and Investment
Pakistan Tehreek-e-Insaf
(See other MPAs of this party)

Ms Shaheena Karim wife of Mr Najib Ullah Khosa was born on August 29, 1964 at Multan and obtained the degree of MBBS in 1989 from FJMC, Lahore and passed D.G.O. in 1995 from PGMI, Lahore. A Doctor, a social worker, a writer and a poetess, who has been elected as Member, Provincial Assembly of the Punjab in General Elections 2018 against one of the seats reserved for women. She served as Women Medical Officer, Health Department Punjab during 1991-97 and as a Gynaecologist during 1997-99. She is serving as a Gynaecologist at a private Hospital in Dera Ghazi Khan.