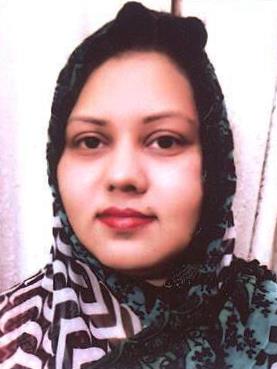 Ms Faiza Mushtaq wife of Dewan Awais Ikhlaq was born on July 18, 1981 at Mandi Bahauddin. She obtained a postgraduate degree in Human Resource Management in 2004 from Institute of Administrative Sciences, University of the Punjab, Lahore. She remained Member, Provincial Assembly of the Punjab during 2015-18 and has returned to the Punjab Assembly for the second consecutive term in General Elections 2018 against one of the seats reserved for women. Her father, Mr Dewan Mushtaq Ahmad served as Member Punjab Assembly during 1997-99. She has travelled to Saudi Arabia and USA.