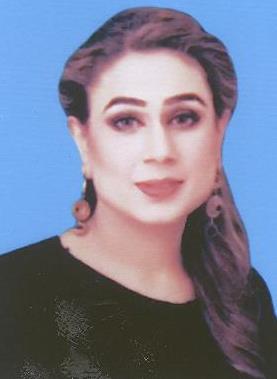 Ms Auneza Fatima wife of Mr Muhammad Idrees Rafique Bhatti was born on January 17, 1984 in Lahore. She graduated from University of the Punjab, Lahore; and obtained the degree of Masters in Science & Education from Kinnaird College, Lahore. She served as Coordinator, Youth Programme (Honorary), Prime Minister House. A politician, who has been elected as Member, Provincial Assembly of the Punjab in General Elections 2018 against one of the seats reserved for women. She has travelled to Saudi Arabia and Turkey. Her father, Ch. Muhammad Masaud Akhtar Khan, served as District & Sessions Judge during 1970-2001. Her grandfather, Ch. Allah Dad Khan served as Member, Punjab Legislative Council during 1930-36.