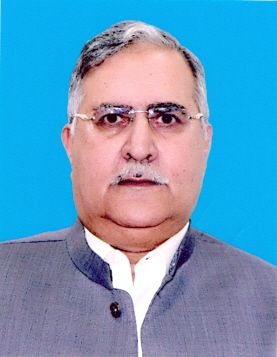 Malik Muhammad Anwar son of Malik Muhammad Ali Khan was born on April 25, 1950 at Pindigheb, District Attock. He graduated from University of the Punjab, Lahore. He was commissioned in Pakistan Army 1969 and retired in 1997. He was awarded Tamgha-i-Imtiaz for his meritorious services. An agriculturist and a progressive farmer, who remained Member of Punjab Assembly during 2002-07 and functioned as Minister for Cooperatives. He has returned to Provincial Assembly of the Punjab in General Elections 2018 and is functioning as Minister for Revenue. He has visited to Saudi Arabia and Singapore. His brother, Malik Liaqat Ali Khan remained Tehsil Nazim, Pindigheb District Attock during 2005-09.