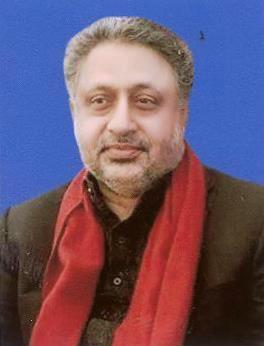 Sardar Aftab Akber Khan son of Sardar Muhammad Akber Khan was born on August 12, 1957 at Chakwal and is a Matriculate. A landlord, who has been elected as Member, Provincial Assembly of the Punjab in General Elections 2018. He served as Tehsil Nazim, Chakwal during 2005-09. He belongs to a family of well-known politicians. His uncle, Sardar Khizar Hayat was Member of National Assembly during 1962-64, 1965-69 and Senator during 1985-88. His another uncle, Sardar Muhammad Ashraf was Member of Provincial Assembly of the Punjab during 1962-65 functioned as Parliamentary Secretary for Health; 1965-69 functioned as Parliamentary Secretary for Health, Auqaf, Industries, Commerce, Minerals Resources, Planning & Development and Railways and 1977 functioned as Minister for Live Stock & Dairy Development, and Forests. Another uncle, Sardar Ghulam Abbas served as Member Punjab Assembly during 1985-88, 1993-96 and functioned as Advisor to Chief Minister.