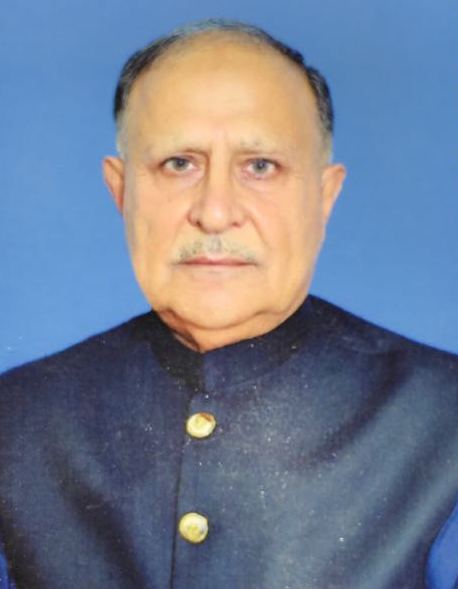 Mian Muhammad Akhtar Hayat son of Mian Muhammad Aslam Hayat was born on October 1, 1949 at Kolian Shah Hussain, District Gujrat. He obtained his early education from Aitchison College, Lahore and completed Matric in 1965 from there. He graduated in 1969 from FC College, Lahore. He joined police service in 1977 as Deputy Superintendent of Police and retired from his service as SSP in 2009. A retired police officer, who has been elected as Member Punjab Assembly during General Elections 2018 and is functioning as Parliamentary Secretary for Home. He has travelled to UK, USA and Saudi Arabia. His grandfather, Mian Fateh Muhammad was Member of Punjab Legislative Assembly during 1937-45 and 1951-55; and his brother, Mian Muhammad Afzal Hayat remained Member of Punjab Assembly during 1972-77, 1977 (Minister for Education), 1985-88 (Leader of Opposition during 1986-88), 1993-96 (Minister for Law & Parliamentary Affairs). He also functioned as Caretaker Chief Minister of Punjab during 1996-97.