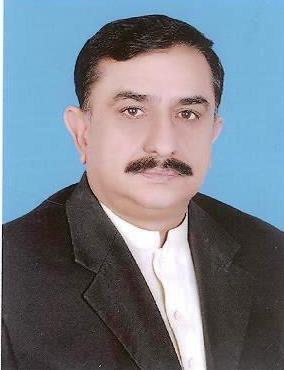 Chaudhary Naveed Ashraf son of Chaudhary Muhammad Ashraf was born on May 7, 1966 at Bhallowali, Sialkot and graduated from Government Murray College, Sialkot. A businessman and an agriculturist, who has been elected as Member, Provincial Assembly of the Punjab in General Elections 2018. He was a government servant and served as Deputy Director (Food), Food Department and as Chief Officer, Local Government Department, Government of the Punjab. He has travelled to Saudi Arabia, UAE, Europe, Turkey and Muscat. His father, Chaudhary Muhammad Ashraf served as Member District Council, Sialkot. His brother, Ch Jameel Ashraf was a Member of Punjab Assembly during 2008-12 and has been functioning as Vice Chairman District Council Sialkot since 2016. His another brother, Ch Mohsin Ashraf was Member of Punjab Assembly during 2012-13 and 2013-18; and his uncle, Ch Liaqat Ali Ghumman remained Member, Provincial Assembly of the Punjab during 2008-13.