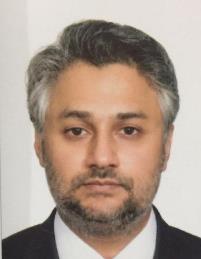 Mr Bilal Farooq Tarar son of Mr Muhammad Farooq Tarar was born on December 20, 1987 in Lahore. He did his Master of Law (LL.M.) in 2012 from SOAS, University of London, UK. A lawyer and a lecturer, who has been elected as Member, Provincial Assembly of the Punjab in General Elections 2018. He served as Lecturer in University College, Lahore during 2013-18. He has visited UK, France, Germany, USA, Canada, Turkey and Thailand. His grandfather, Mr Muhammad Rafiq Tarar was President of Pakistan during 1998-2001 and remained Senator during 1997-98; his aunt, Mrs Saira Afzal Tarar remained Member National Assembly for two consecutive terms during 2008-13, 2013-18 and functioned as Minister of State during 2013-17 and as Federal Minister for National Health Services Regulation & Coordination during 2017-18.