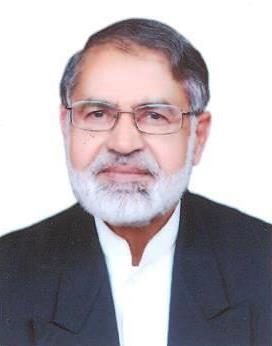 Mr Abdul Rauf Mughal son of Mr Ghulam Rasool Mughal was born on January 1, 1947 at Gujranwala. He is an Intermediate. He served as Member, Municipal Corporation Gujranwala during 1990-93. An agriculturist and an industrialist, who remained Member, Provincial Assembly of the Punjab during 1993-96, 1997-99, 2013-18 and functioned as Chairman, Standing Committee on Industries. He served as Chairman, Gujranwala Waste Management Company during 2014-16; as Executive Member, Board of Governors, Punjab Food Authority and as Member, Austerity Committee Punjab during 2013-18. He has been serving as Chairman, Gujranwala Welfare Foundation since 1992. He has returned to Punjab Assembly for the fourth term in General Elections 2018. He has travelled to Japan, Malaysia, Singapore, Australia, Saudi Arabia and USA. His brother, Mr Muhammad Saeed Mughal served as Member Punjab Assembly during 2008-13 and functioned as Parliamentary Secretary for Food.