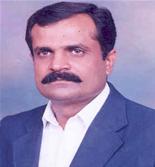 Syed Hassan Murtaza son of Syed Ghulam Murtaza was born on April 25, 1967 at Chiniot and is a graduate. An agriculturist, who served as Member, District Council, Jhang during 1991-92; and as Nazim, Union Council No.18, Jhang during 2001-02; and as Member, Provincial Assembly of the Punjab during 2002-07, 2008-13. He has returned to the Punjab Assembly for the third term in General Elections 2018 and is functioning as Parliamentary Leader of his political party in the House. He has extensively travelled abroad. His maternal grandfather, Sardar Ghulam Abbas served as MLA twice before partition.