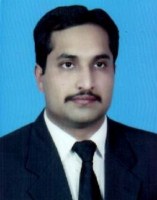 Mr Muhammad Shoaib Idrees son of Mr Muhammad Idrees was born on January 1, 1987 at Khurrianwala. He obtained the degree of LL.B. in 2010 from Punjab University Law College, Lahore. An advocate, who remained Member Provincial Assembly of the Punjab during 2013-18 and has been re-elected as Member of this Assembly for the second consecutive term in General Elections 2018.