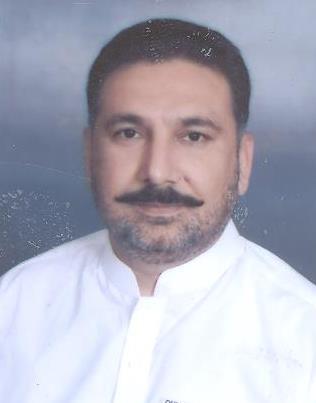 Mr Faisal Hayat Khan Jabboana Sial son of Mr Ghazanfar Ali Khan Jabboana Sial was born on November 15, 1979 at Jhang. He graduated in 1999 from F.C. College, Lahore. An agriculturist, who remained Member, Provincial Assembly of the Punjab during 2002-07 and functioned as Chairman, Standing Committee on Culture & Youth Affairs. He has travelled to UK, Italy, Spain, Holland, France, Iran, Iraq, Syria, Saudi Arabia and Qattar. He has been re-elected as Member, Provincial Assembly of the Punjab for the second term in General Elections 2018 and is functioning as Advisor to Chief Minister on Livestock & Dairy Development. His father was Member Punjab Assembly during 1990-93, 1997-99 and also served as Parliamentary Secretary for Communication & Works during 1997-99.