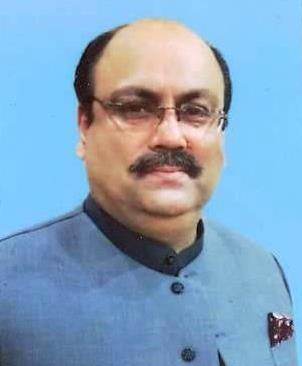 Mr Agha Ali Haider son of Mr Agha Ghulam Haider was born on September 7, 1971 in Lahore. He obtained his early education from Aitchison College, Lahore and graduated in 1991 from Government College, Lahore. A politician and an agriculturist, who remained Member Provincial Assembly of the Punjab during 2002-07 and served as Parliamentary Secretary for Culture & Youth Affairs. He has been elected as Member, Provincial Assembly of the Punjab for the second term in General Elections 2018. He has extensively travelled abroad. His father, served as Member Punjab Assembly during 1990-93 and 1997-99; and his uncle, Syed Ali Abbas remained Member of Punjab Assembly during 1997-99 and 2002-07.