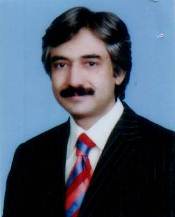 Mian Muhammad Aslam Iqbal son of Mian Muhammad Iqbal was born on April 20, 1969 in Lahore. He obtained the degree of MBA in 1996 from Quaid-e-Azam University, Islamabad. He served as Nazim, Union Council No.106 Samanabad, Lahore during 2001-02. A businessman, who remained Member, Provincial Assembly of the Punjab during 2002-07, 2013-18; and functioned as Minister for Tourism during 2003-07; as Member, Standing Committee on Local Government & Community Development; and as Member, Public Accounts Committee-II during 2013-18. He has returned to the Punjab Assembly for the third term in General Elections 2018 and is serving as Minister for Industries, Commerce & Investment. He also served as Minister for Information & Culture during 2019.