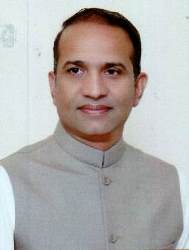 Mian Naseer Ahmed son of Ch Muhammad Hussain was born on February 15, 1975 in Lahore. He obtained the degree of MBA in 1997 from ILM, Lahore. A businessman, who served as Member, Provincial Assembly of the Punjab during 2008-13, 2013-18 and has been re-elected to this Assembly for the third consecutive term in General Elections 2018. He has visited Australia, France, India, Hong Kong, USA and UK. He is a philanthropist who actively participates in social work and has done a lot of work in education and health sector in his constituency.