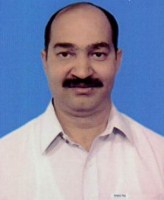 Chaudhry Iftikhar Hussain Chhachhar son of Ch. Muhammad Hussain Chhachhar was born on July 10, 1976 at Okara. He graduated in 1997 from Government College, Lahore and obtained the degree of LL.B. in 2000 from University of the Punjab, Lahore. A practicing lawyer and an agriculturist, who served as Member, Provincial Assembly of the Punjab during 2002-07 and functioned as Chairman, Standing Committee on Agriculture; 2013-18 and served as Chairman, Standing Committee on Forestry, Wildlife & Fisheries. He has returned to the Punjab Assembly for the third term in General Elections 2018. He has travelled to UAE, KSA, USA, Netherlands, China, Thailand and UK.