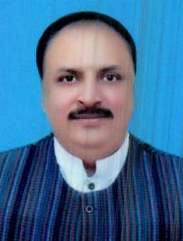 Malik Nauman Ahmad Langrial son of Malik Iqbal Ahmad Langrial was born on June 25, 1968 in Lahore and graduated in 1989. An agriculturist, who remained Member, Provincial Assembly of the Punjab during 2002-07 and functioned as Chairman, Committee on Government Assurances. He also served as Member, National Assembly of Pakistan during 2008-13 and functioned as Minister of State for Housing during 2012-13. He has been re-elected as Member, Punjab Assembly for the second term in General Elections 2018 and is functioning as Minister for Management & Professional Development Department. He functioned as Minister for Agriculture during 2018-2020.