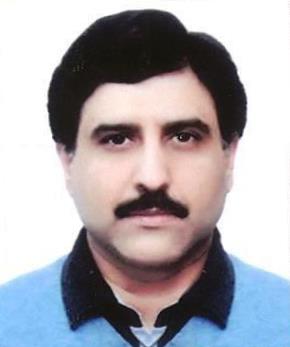 Mr Hamid Yar Hiraj son of Sardar Allahyar Hiraj was born on December 10, 1972 at Multan. He obtained his early education from Aitchison College, Lahore and did F.A from there in 1990. Later, he graduated in Economics in 1992 from Government College, Lahore. He obtained the degree of B.A (Economics) and B.Sc (Finance) in 1995 from University of Pennsylvania, Wharton School, Philadelphia, USA. He remained Member National Assembly during 2002-07 and 2008-13; also functioned as Minister of State for Health during 2002-07 and as Chairman ERRA during 2008-13. He was Young Global Leader, World Economic Forum during 2010-11 and also functioned as Ambassador to WTO. A tax consultant, an advisor and an agriculturist, who has been elected as Member, Provincial Assembly of the Punjab in General Elections 2018. His father remained Member Punjab Assembly for four consecutive terms during 1985-96 and functioned as Minister for Mineral Development during 1993-96. His brother, Mr Mohammad Hiraj served as Member Punjab Assembly during 2002-07, 2008-13; and his brother, Mr Ahmad Hiraj served as District Nazim Khanewal for two terms during 2001-09.